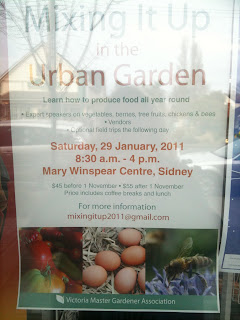 Spotted in an Oak Bay window

Seems there are a few more opportunities to learn about urban gardening in Victoria in January. This conference will be presented on Sat. Jan 29, 2011 up at the Mary Winspear Centre in Sidney. Speakers include Marilyn Soames (chickens!), Brenda Jager (bees!), Carol Miles (veggies!), Don Genova (food!), and Tom Baumann (berries & fruits!). Lunch, workshops, silent auction, and more. 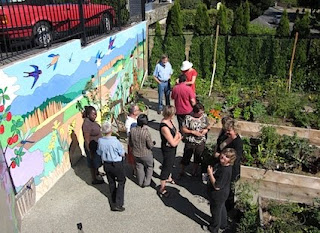 Gardening is good for everybody. Here's an article from last summer's Times Colonist about just that subject. Why link to this now? Because there's an update on one of the gardening projects mentioned in the article—the Waterview Garden.

The City of Victoria recently gave Pacifica a $9,500 special-project grant to create a demonstration and training garden at the Waterview Housing Complex in Victoria, where they have just finished construction of a raised-bed veggie garden.

A report has just been released on the first phase of the garden. You can find the full report at the City Farmer website. But here's a sample of what it has to say.

However, some of its most important accomplishments occurred in the areas of local food production together with limiting our collective and individual environmental footprint..Each participant had their own 4' x 8' raised bed garden when they learned to grow their own food using organic methods. Not only were the participants able to learn how to garden and eat the fruits of their labours, but other tenants were able to watch and learn as well. And with the addition of a 8' x 30' mural—depicting a countryside scene—on the wall overlooking the garden, the garden has become a beautiful demonstration garden. Ten of the twelve original gardeners plan on returning to garden in 2011, together with 7 more Waterview residents. With the publicity it received, the garden also challenged members of the public to ask themselves, “If they can build this and do these things, why can‟t I?”

Posted by Fairfield Community Gardens - Food Security Sub Commitee of the FGCA at 9:47 PM No comments: 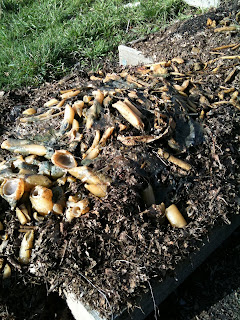 A little seaweed on the compost pile...

How many people in Canada are lucky enough to garden—really garden—in winter? Not too many. While gardeners on the eastern seaboard are idly flicking through nursery catalogs, those of us on southern Vancouver Island really have no excuse. We should be out there tidying, mulching, digging, and plotting. So, what can you do in January in the edible garden? Here are a couple of ideas.

Keep the compost cooking. Compost can slow down in colder weather, but wormeries and larger compost piles will still be steamy. If you want to learn how to be an expert composter, the Victoria Compost Education Centre is looking for 'Brilliant Environmental Educator Superstars'. On January 22nd, 2011 from 1-4 PM the Centre will be hosting a training session for our volunteer educators. Check their website for more info.

Tidy up. Although there's a lot to be said for letting the fall leaves decompose after they drop into the shade garden, veggies gardens need to be tidy. Garden litter can harbour fungal diseases, slug eggs, and weed seeds. So clean up the vegetable and raised beds—and especially pick up fallen fruit and leaves under fruit trees.

Want to learn how to grow from seed? Glendale Gardens is offering a program on 'Year Round Harvest for the Urban Garden' taught by Linda Gilkeson. The first session is on
Garden Plans & Seed Starting Saturday January 22nd 9:00am - 1:00pm. Ten sessions do cost $400, but it's a great program. (Of course, you could always stop by your local neighbourhood community garden and see what they are up to in January!)
Posted by Fairfield Community Gardens - Food Security Sub Commitee of the FGCA at 9:14 PM No comments: 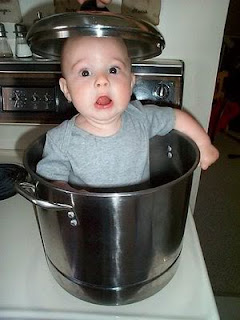 Feel free to bring something to re-gift as part of Linda's 'Freeboxed in Fairfield' gift exchange.

Hosted by the Fairfield Streetlife Committee

Posted by Fairfield Community Gardens - Food Security Sub Commitee of the FGCA at 11:11 PM No comments: 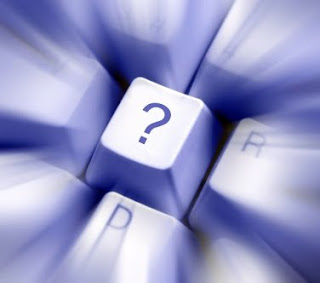 Thanks to everyone who filled out a survey at the Community Consultation meeting. The Committee (that's us) has looked through the responses and we are building a picture of the kind of garden that residents of Fairfield want.

But we need to hear from more people, so we've put the survey online. You can find it at Survey Monkey. Please fill it out and encourage all your neighbours to fill it out, too. It takes only two minutes at most. We want to get the opinions of as many residents as possible so that we can create a garden that truly serves the community.

If you would like to be on our mailing list or sign up for an allotment, the survey is also a good place to do that.
Posted by Fairfield Community Gardens - Food Security Sub Commitee of the FGCA at 10:24 PM No comments:

How Well Do You Know Fairfield? 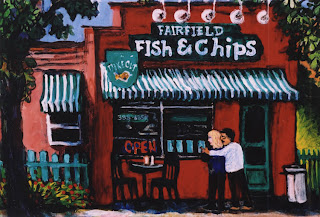 At our recent Community Consultation meeting we were surprised to realize that most of us don't know that much about our own neighbourhood. So we gathered a few facts & figures about Fairfield. What else can you tell us about the hood?

Population of Fairfield/Gonzales: 14,895
Percentage of total Victoria City population: 11%
Number of single-family residences: 1,915
Number of townhouses & duplexes: 1,155
Number of apartment units: 5,245
Boundaries of Fairfield/Gonzales*:
• West: Blanchard down to Beacon Hill Park, then halfway through the park.
• North: Fort to Linden, then down to Richardson to Richmond, then back up to Fort
• East: Foul Bay
• South: The Ocean
Number of baseball diamonds: 8
Number of soccer pitches: 5
Number of parks: 10+
Number of Community Gardens: Zero