Vision
The Garden Committee envisions a local “food forest” with herbs and fruit bearing shrubs and trees that will provide healthy food for our neighbourhood.

Responsive to Community Concerns
The Commons Garden site plan has gone through many evolutions in response to community concerns. Please check out the full proposal at www.fairfieldcommunity.ca/events/indexhtml#communitygarden

1. What is a permaculture commons? A permaculture commons is a gardened area for the use and benefit of the surrounding community and visitors, where the methods used and decisions made mimic the interrelationships found in nature. There is an emphasis on perennial plants that require minimal maintenance yet produce a high yield of food. Other commons gardens (Banfield Commons in Banfield Park and Wark Street Commons in Wark Street Park) have been established in the Greater Victoria Area.

2. What community consultation has been conducted?
• Forum September 2009 – A forum was held to discuss the possibilities of a community garden in the Fairfield-Gonzales area. At this meeting working groups were formed, and there was enthusiasm for both an allotment garden and a commons in the neighbourhood, as well as boulevard gardens.
• Community Outreach Throughout 2010 – Moss Street markets surveys, questions and queries about location and style of garden. Robert Porter Park was found to be the preferred location and a mixed garden was the most popular model.
• Public Forums Summer and Fall 2010 – Concerns specifically related to the allotment portion of the garden proposal were heard, and subsequently responded to (these are reflected in the current February 2012 proposal).
• Blog and email 2010 – a blog and email were established to present information and communicate with the public.
• Canvassing 2010–2011 – The surrounding streets were canvassed and 500
pamphlets distributed.

3. What about an Allotment Garden? A number of area residents opposed the allotment garden aspect in the first proposal. The Committee heard varied concerns about the impacts on Porter Park and the surrounding neighbourhood. In response to these concerns, the Garden Committee has focussed the proposal on the low impact commons garden which occupies significantly less of the park space.

5. What will be planted in the Commons Garden? A mix of trees, shrubs and herbaceous perennials will be planted in order to establish a selfcaring food commons. Plants may include (but not limited to): globe artichoke, comfrey, calendula, lavender, mint, oregano, thyme, yarrow, goumi berry, clove currant, Saskatoon berries, huckleberries, gogi berries, Chinese chestnut and desert king fig.

6. Who will use the Commons Garden and how? All members of the public will be encouraged to participate in work parties and harvest the food. Sir James Douglas School may use the garden for educational purposes. Frequent work parties will be held to maintain the garden; members of the FGCA Garden Committee and the public will be invited. As well, alliances are being made with other local gardening organizations.

7. How will the Commons Garden be taken care of? A core group of volunteers, comprised of but not limited to FGCA Garden Committee members, will work to establish the garden and plants for the first few years, after which time the commons will be largely self-sustaining with spring and fall maintenance.

8. Who designed the Garden? Local permaculturist Geoff Johnson. Geoff has helped design several other commons gardens in the municipality of Victoria: Spring Ridge Commons, Banfield Commons, and the garden at the Compost Education Centre.

9. Why Robert Porter Park? Robert Porter Park arose as the preferred location due to its central location, proximity to the community centre, an elementary school and Moss Street Market, as well as its accessibility to the bus route. A mapping session was held at Moss Street Market asking people to put green dots on areas thought favorable for a garden and red dots on areas that were not favorable. Areas like Beacon Hill Park and Government House received equal red and green dots, while Robert Porter Park received lots of green and no red dots. Upon further examination of other sites including Pemberton Park, Brooke Park, and Bushby Park, Robert Porter Park was maintained as the preferred site. The FGCA Garden Committee has considered several sites twice over due to opposition to the use of Robert Porter Park.
Please visit our video on the choice of location: http://fairfieldcommunitygardens.blogspot.ca/2011/02/park-tour-of-fairfield.html

11. What is the approval process for the proposal? The FGCA through its Community Garden Committee has consulted extensively with the community, and with regular input from City Parks staff has developed a proposal that we feel concurs with the City of Victoria Community Gardens Policy. The proposal is currently being reviewed by Parks staff; if approved by Parks, it will then go on to City Council for their consideration.

12. Will the Commons Garden be fenced? The Commons Garden will not be permanently fenced, however temporary protective barriers will be erected and supports will be placed to protect plants as they mature according to existing Parks protocols.
Posted by Fairfield Community Gardens - Food Security Sub Commitee of the FGCA at 2:34 PM No comments:

Check out the Fairfield Community Garden Proposal.
Do note the changes that have been made as this proposal is ONLY for the commons area, which included the planting of various small trees, shrubs, and herbaceous perennials.
http://fairfieldcommunity.ca/events/FCG_Proposal%20Feb%202012.pdf
Posted by Fairfield Community Gardens - Food Security Sub Commitee of the FGCA at 12:04 AM No comments:

Timeline for 2012 Community Gardens! Check it out and let us know what you think. 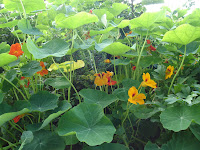 January 2012
finalizing changes for the proposal to parks and the city of Victoria.

Changes include implementation of the gardens in a phase aproach. Phases will be presented separately. 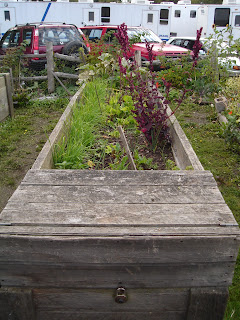 April-May 2012
planting of other annuals, and further perennials
installation of temporary protection for small perennials (fencing)

Recruiting for the community gardens group will be ongoing throughout the year, especially during the summer season.
Posted by Fairfield Community Gardens - Food Security Sub Commitee of the FGCA at 11:14 AM No comments: